A big part of our jobs as parents is to teach the kids to be able to live on their own. So when you have kids in a zillion after school activities and sports but no time to help at home you may have a kid that can kick a soccer ball, but not know how to do laundry at their college dorm room. Or manage finances. Or know how to take care of things.

One way to counteract that is to have a routine for your child. Even if most of the bigger chores can only be fit into the weekend.

If they have a phone with apps you can get a checklist app. Otherwise a clip board with the routine checklist inside a clear page protector with a dry erase marker works well. I’ve also seen people put the checklists in a picture frame and then use dry erase markers.

Start with the morning. What do they need to do before they go to school or homeschool? Perhaps:

Then after school, what needs to be done and can fit in a schedule for afternoon. Perhaps:

In the evening when the kid’s get home from their after school activities, what would you like them to do? Some ideas:

If you aren’t sure what chores are appropriate for your kid’s age, you can check out this page. Your chore list will probably be on a different list so you can portion them out. For more tips on chores you can read my post on chores and kids. I also love this post on a successful bedtime routine.

You don’t want to overload the kids, but at the same time they can feel more in control when they help organize their surroundings. Plus, it’s good for your kids in the future. The bonus for you is you do less nagging because the kids know what to do next.

Tweak your routines as their activities change. Your routines are never set in stone. Instead they define a path to use.

Cleaning Up as You Go Obstacles

A reader said a friend of hers had been trying to implement the habit of cleaning up as she goes, but a 1 year old and a husband were making the work go backwards. When your kids are between 1 and 3 especially it’s really hard to keep things clean. Let your standards go a bit or you will drive yourself mad. You can also start teaching them at that age to put things away. As for the husband, I thought I would bring out my How to Live with a Messy Spouse post to help them out.

Do you have any tips?

Getting Out of the House in the Morning

My 18 year old son was looking for his first car. He wanted us to check out one of his choices. My husband said he wouldn’t buy that car and told him all the things wrong with it. We had found a couple much better choices and showed him. I spent days fretting about him wanting to get that awful car – wasting time and energy. But, we knew saying no would just have him want to buy it anyway.

A few days later what is affectionately known as "The Turd" was in our driveway. And my son has spent two weekends in a row working on that car with my husband. Unhappily. Lesson learned.

Without me having to control anything.

Trying to control things – what our kids wear, what our husbands do, how our friends live their lives, what everyone eats, how much work our co-workers are doing, how our sister is raising her kids….is a waste of time worrying and manipulating.

Because we don’t have control over other people. Usually natural consequences teach people. Lectures and cajoling doesn’t.  So unless they ask for advice, we might as well work on being good role models ourselves. After all, we are the only people we have control of.

How to Tame Materialism with Your Kids

Tia has been using the Declutter Calendar and wants to know how to relate a simple living lifestyle to children.

She feels bad telling her 8 year old daughter, "No, you have enough stuff."

Choosing how you spend

Letting them think that you can’t afford things or that they have too much stuff, gives kids a lack mindset. All they see is what they want. And want it even more.

You want to teach them that you choose to spend money in a better way.

You can tell them instead of buying stuff, you are saving money for a vacation or so you can spend more time with them or for a family outing. Most kids would rather have your time anyway. And actually spend that time with the kids. 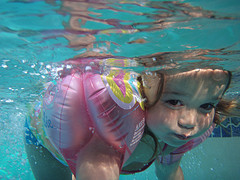 Ask what they like about what they were looking at and see if you can meet their want in a different way – trading with a friend, creating something at home, renting, or going to Goodwill. They might have alternative ideas as well.

You can also allow kids to do extra work to make money to buy things themselves. You will be amazed at how many times they decide it isn’t worth it when you aren’t handing it to them. If kids complain that all their friends have something, encourage them to play with it at their friend’s house. Let them know other families spend money different ways and this is why you spend the way you do.

I also have talked about brand names with the kids since they were little. Talking incredulously that people would buy $200 jeans and $300 purses when there are so many other things and experiences we can buy. Now that they are in high school, neither are interested in the "in" designer clothes. We also talk about being themselves instead of copying other people. (Which meant 2 years of mismatched socks for my daughter as she expressed her individuality.)

Make it automatic when they get something new to get rid of something similar. And encourage them to think about kids that might not have as much as they do, that will appreciate what they let go. 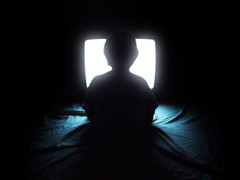 Keep an eye on TV watching as well. When my kids were younger they rarely watched TV. We had an old TV with an antenna that showed 3 fuzzy channels. So we had videos instead. They never watched Nickelodeon or the Disney channel so they weren’t exposed to many commercials urging them to buy. Even now, if they watch TV it is recorded and they fast forward through the commercials. Half the time they can’t even think of what they want for Christmas or their birthdays.

When you do run across advertising ask your kids what the ads are trying to sell them and remind them that they are too smart to fall for it.

Don’t always take them shopping with you where they can ooo and ahh over things.  And make sure you don’t buy things when they whine. Just look at them, raise your eyebrows and say,

"Do you really think that is going to work?"

Keep saying it until they give up.

Teach about the environment

Many kids are also interested in the environmental aspects of minimal living. Show them how we live our life affects the environment and even people around the world. Get them involved in household buying decisions so you can share how you make decisions based on values.

Remind them how blessed they are to have a warm place to live, good food, or point out beautiful things in nature when you see them. Keep it casual, not preachy. Keep looking for things that you are thankful for. Give kids their own gratitude journals to fill out as a family weekly.

Encourage them to savor what they have and take care of things well, countering a throw-away society. Volunteer with them at places for people that have little. 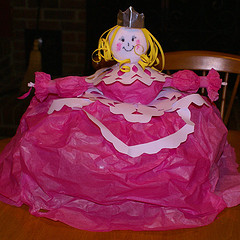 Show them the joy of creating things instead of buying them: decorations, gifts, clothes. What other ideas do you have for taming materialism with kids?

Simple living is not about not having, it’s about choosing what you have and what you do. The more you teach your kids how to make those decisions based on values instead of feelings of want, the better they will be in the future. 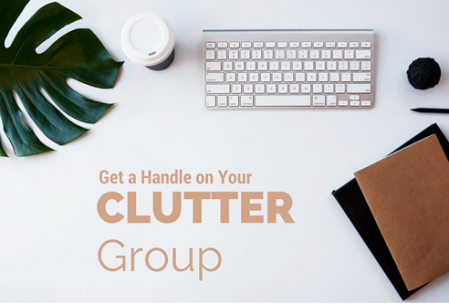 Just Do It, Yea Right