Are you making the world a better place?

I don’t like the trend in politics to demonize the other side. To throw around a bunch of “ists” around.  To categorize people you don’t agree with as stupid, uninformed or evil.

I hear stories of how people were friends, but then they found out how they voted. Now they saw their friend totally differently. But, the friend hadn’t changed. They still listened, brought soup, volunteered. Yet, they allowed politics to make it so they can’t be friends anymore.

How are we supposed to work together to solve problems when you can’t even be in the presence of someone that voted differently than you? If you put yourself in such a bubble – only friending people, listening to media, or going to groups that believe exactly as you do – you will find your view of humanity very limited. People don’t have the same experiences in life so they see things differently. Too many people think others see exactly as they do and just choose badly or evilly.

The media likes to take the fringes of political discourse and act like it’s the norm. Showing the harassment and stupid things people say. Portraying monsters. So much of what I have seen is made to make people outraged. That’s how they get clicks and ratings. Things taken out of context. Stupid remarks that were clarified later, but the clarification never is shown. Selectively edited video. Opinion spouted as facts. If you feel yourself getting outraged and emotionally hooked, please do some research and get the context.

Notice your filters that you see things through. Remember other people have different filters. They had different experiences. What may be obvious to you, may not seem true to someone else. What if your family suffered badly economically during President Obama’s years? What if a friend of yours was deported? What if you were falsely accused? What if you were sexually harassed? Our life and the media we consume, creates our filters. That’s why people don’t see things the same way.

What is true, is people in general want to make the world a better place. They just have different ways of doing it.

But, if you are sharing distorted memes aimed at making people look bad, calling names and ists, shouting instead of listening, unfriending, and assuming the worst in people are you really making the world a better place?

I worry about the anger, frustration, outrage that is coming if the group you want in doesn’t get in. I worry about people feeling hopeless.  About people dividing even more. Politics is not where change ends. We can change communities by showing love, volunteering, starting a charity or small business, mentoring a kid, being kind to everyone regardless of politics.

If your party does not win the mid-terms, what are you going to do personally to affect change? How will you be kinder and listen more? How will you come together?

Adding Peace to Your Day

Everyone is feeling the nastiness of post election right now. Some are angry and terrified. Some are being blasted for who they voted for or for going 3rd party. Some are called hateful words in the name of love. We cannot heal when people are lashing out and shaming from their own lack of peace and from fear that rose. We all need to bring our best selves to this world.

Here are some ways to add peace to your day:

Peace within, peace without. Isn’t that what they say? How can you create more peace within this week?

Be Awake. Be Kind. 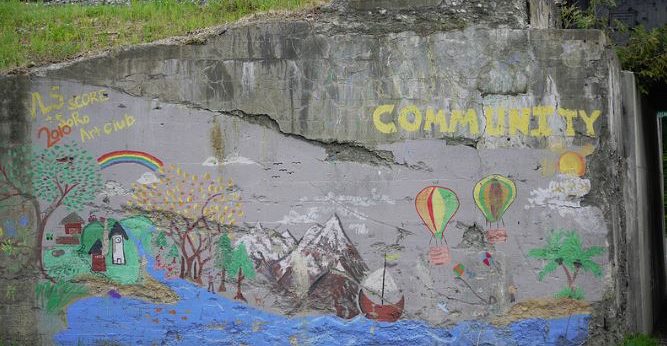 I also read about people unfriending people because of who they are voting for – whether online or outside the computer. “They don’t hold the same worldview as me, so I just can’t have them around me.”

I’m sorry, but I don’t think we are going to solve problems by leaving half the country out of the equation. Our country was founded on open discussion of ideas. This is how we will make the world a better place. It comes from friends talking to friends respectfully and more importantly, listening.

People aren’t evil because they don’t believe the same way you do. They have a different set of filters with which they see the world through – past experiences, upbringing, what media they consume, their personality. It also doesn’t make them wrong and you right. We can’t be so arrogant to think we know it all and can see the future.

You also have to be aware about where you are being manipulated by the media and by campaigns. You are seeing caricatures of candidates. You are seeing narratives crafted by others. So anytime you see or read something about a candidate that you already have an idea about (from the media or campaigns) that fits the narrative, you believe it. Confirmation bias.

Campaigns are really, really good at spinning and creating narratives. For example, undercover video shows that Clinton operatives paid or got people to incite violence at Trump rallies and pretend they were Bernie Sanders supporters. That way they could create the narrative that Trump supporters are violent. If you are a Democrat, did you believe the narrative?

Wikileaks, maybe with Russian influence, has been dripping emails. Do we know if they are true or false? No, but if they feed into what you already believe about a candidate you are going to believe them. Confirmation bias.

If you believe every negative story about an opponent and disbelieve/downplay every negative story about your own candidate you are probably not seeing clearly. Like I said, campaigns are really good at this. People are not all good and all bad. If you think that, you are believing the caricature of a candidate, not the true person. Which is good news. Whichever candidate wins is most likely not going to be as bad as half the nation thinks.

Be very careful about sensational Facebook memes telling how terrible someone is. Be very careful of biased media (the stats are really shocking at what certain media will and will not cover and the time they give to stories). Fact check for yourself. Always question when you read something, rather than falling into confirmation bias. Assume you are being manipulated by experts. Things will be taken out of context or not what was intended or really a slip of the tongue.

Be awake. Be kind.

After this election we all need to come together. This will not happen if we don’t talk to each other or treat one another with respect.

Right now people are saying they are going to get off Facebook and social media because reading their feed makes them feel annoyed and angry. Friends are posting political memes and stories that shout, “My side is better than your side!”

Is the purpose of political discourse to yell loudest or is it to change hearts? If you are trying to change hearts, posting out-of-context words written in the most inflammatory way with an over the top graphic and a title like, “This republican did this despicable thing.” or “This democrat said this horrible thing.” is not the way to do it.

You also aren’t sharing truth. If your first feeling about reading a post is outrage, check the facts before you spread something.  Even when you think you are sharing truth, it needs to be done with gentleness and compassion or it won’t be heard.

Calling people clowns, buffoons and cankles is not a way to elevate the talk. Not too mention there are real people at the other end of these words. A screen doesn’t protect people from hurt. If you wouldn’t call someone that to their face, why would you through a screen?

Assuming stupidity and bad motives of everyone that doesn’t believe the way you do is also not helpful. People have different life circumstances. We see things through diverse filters. Which is why it is so important to work together, not demonize opponents. No one side has all the answers. We need answers.

Countries need leaders working together to solve problems not one-upping their opponents.

Politicians are great targets, but at least some are trying to do something. As citizens, we need to be working together as well. We are innovative people. If we listen more than we try to be heard, problems might be solved. Are you involved in fixing things? Do you mentor? Help at the food pantry? Volunteer at the pregnancy center? Have real conversations with people of other races? Sponsor a child? Do Kiva loans? Work in local politics?

To work together, we need to build bridges. Try listening to people with opposing views instead of debating them. Get informed on the issues and get news from other places than Facebook and late night comedy. Read from more than one source of news, preferably at least one with a different bias than yours.

Back to social media – before you post something, ask yourself, “Is this unifying or divisive?” Ask if you are spreading truth with grace or half-lies to prove a point? 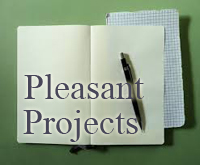 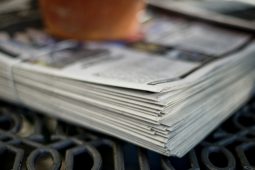